Hello,
This past week has seen me making an attempt to finish off the inside of my carven.  I toyed with the idea of a light up stove but there was not much space under the stove in which to fit a light and I wanted a battery powered light so I was trying to research what mini battery might light a mini bulb etc.  Anyhoo, I got fed up with that research and decided I'd much prefer to get on with it so instead I opted for a fake fire to sit in the stove area, I can always drill a hold and pop in a bulb at a later date.

To make a fire I chose some old black beads and crushed them (this took some effort lol) and I found some amber beads and then some very tiny amber and purple beads.  I cut some thin wood to fit in the back of my stove, painted it matt black with a bit of brown mixed in.  The beads I just sort of smashed them up a bit, blobbed on glue and stuck them all in place like in the picture below... 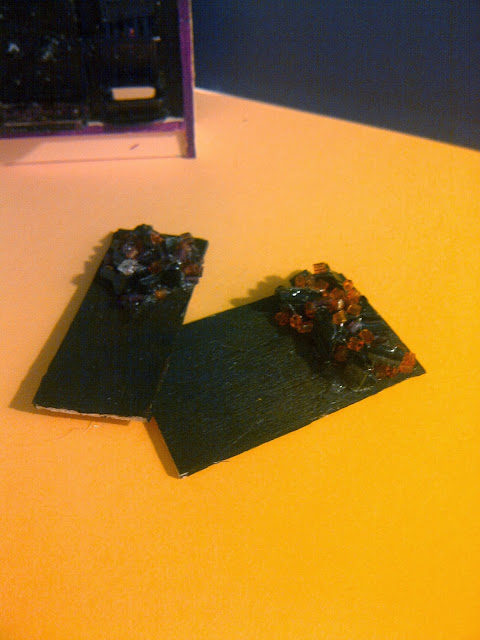 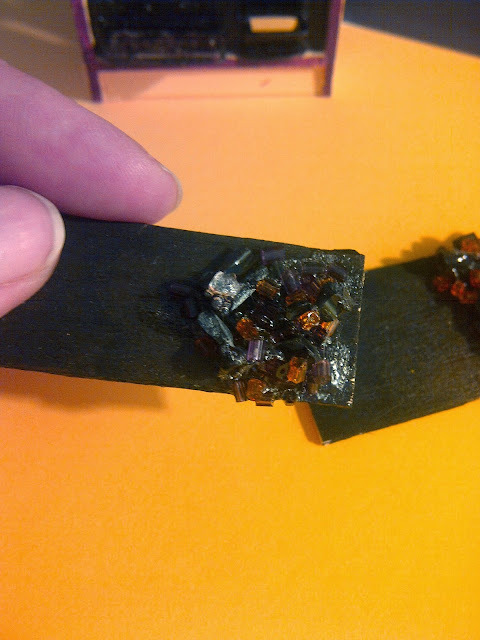 The inside of the black beads looks like coal when broken down.

Next I fitted the wood inside the stove... 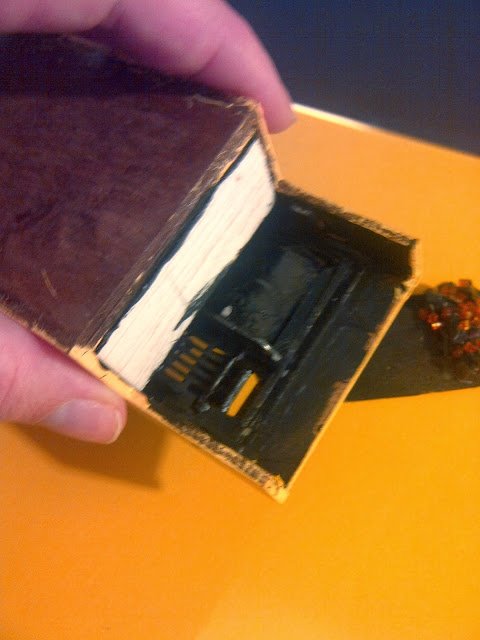 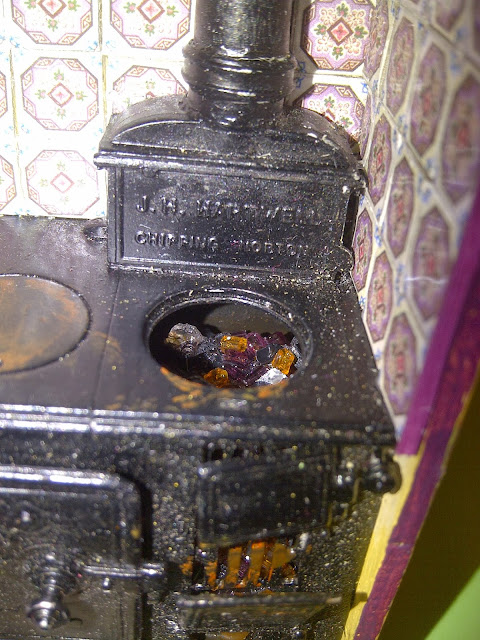 You can see inside and it looks really effective.  Mind that rusty looking stove now, its been well used ;)

I didn't want an open area above the stove so in keeping with authenticity I decided to close it off and add a little shelf much like the RL caravans I have viewed. 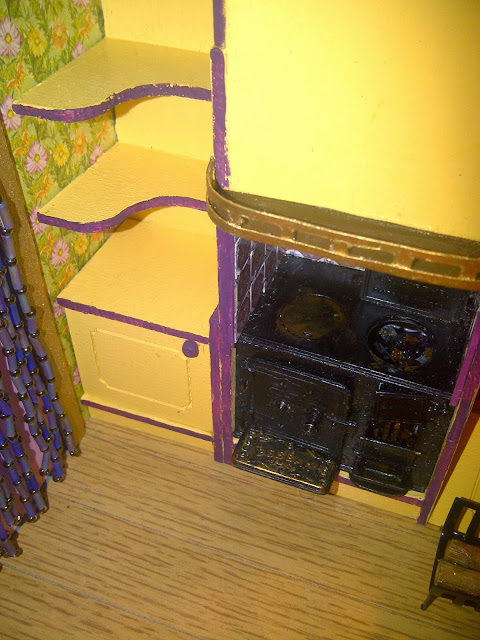 I also added a purple outline to all the cupboards and shelves.

To go above the fire I made a little mirror, its just beads with the backs cut off, glued around a tiny mirror then painted.  The gold picks out the detail nicely. 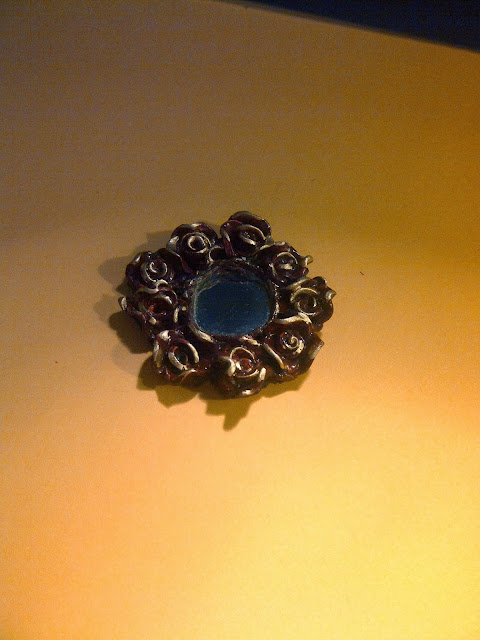 Now I am working on separating the main living area from the bed.  I have made a partition wall with a large cut out and I want to give the effect of cupboards below the bed. 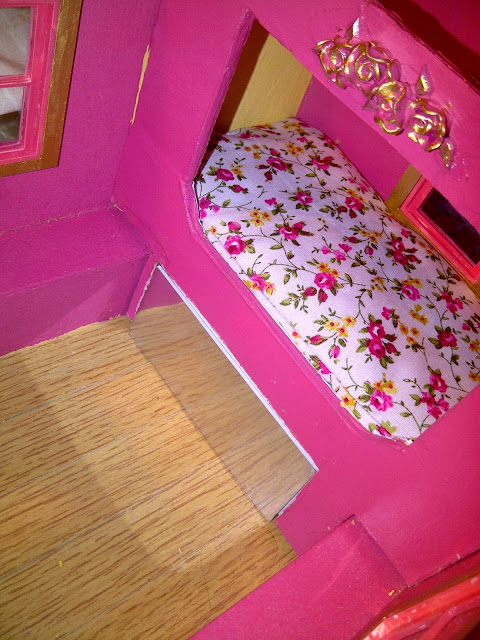 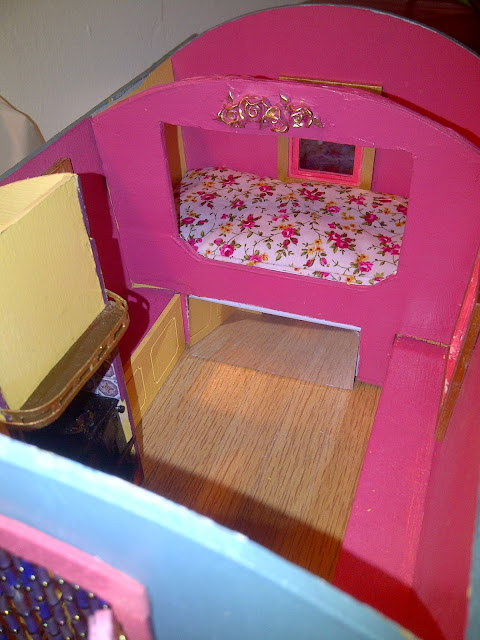 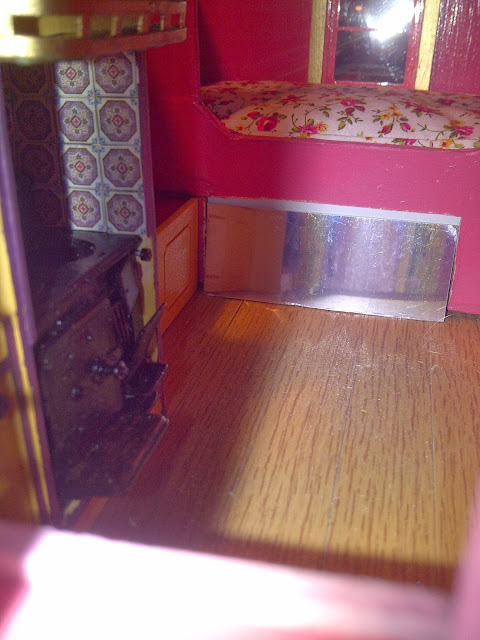 Originally the space below the bed may have been used as a sleeping compartment for children or when there were no children it was used for storage.  I'm going to give my my under-bed storage cupboards mirrored doors to enhance the space.
I'll post more pictures once I've done this and added the curtains.

Now I'm off to make some couches.
See you soon
Gill x

Posted by Gill @ TeenyTinyThings at 08:00